Head of the KH Moon Center for a Functioning Society, Drucker Institute

Rick Wartzman is head of the KH Moon Center for a Functioning Society at the Drucker Institute, a part of Claremont Graduate University 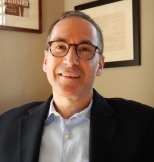 In that role, he helped to develop the Institute’s company rankings, which are the foundation of The Wall Street Journal’s annual “Management Top 250” list. He also leads Bendable, the Institute’s initiative to create communities of lifelong learning across America.

Before joining the Institute in 2007 as its founding executive director—a position he held for nearly nine years—Rick worked for two decades as a reporter, editor and columnist at The Wall Street Journal and Los Angeles Times. He is the author of four books, including his latest, The End of Loyalty: The Rise and Fall of Good Jobs in America (PublicAffairs, 2017). Rick has also been regular contributor to Fast Company and, prior to that, wrote regularly for Fortune, Time and Bloomberg Businessweek.