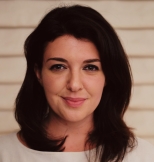 Under Rachel’s leadership, Working Washington/Fair Work Center has emerged as a national leader in worker organizing and advocacy. Their gig worker organizing led to major changes in industry standards around tipping, and resulted in winning first-in-the-nation paid sick leave and hazard pay laws for app-based delivery drivers in Seattle. Other campaigns include the passage of a groundbreaking domestic worker bill of rights and winning the most expansive overtime protections in the country for Washington workers.

Rachel previously served as the Deputy Chief of Staff and Director of Appointments for Mayor de Blasio in New York City. In that role, she served as the Mayor’s senior personnel advisor, making hundreds of appointments and hiring the most diverse group of senior leaders in New York City history. Prior to that, she served as an Assistant Counsel to Governor Andrew Cuomo and as a law clerk. She is a graduate of Brown University and Harvard Law School, where she served as President of the Harvard Legal Aid Bureau.