Founder and Director, The WOW Foundation

Theatre director and producer Jude Kelly is founder and director of The WOW Foundation - WOW - Women of the World Festival. 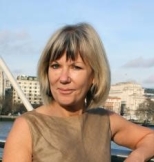 It’s now a global movement; to date, there have been over 42 WOWs in 23 countries across six continents.

WOW celebrates the history and potential of girls and women in all fields of life, and highlights the obstacles to gender equality. In 2014, Jude also founded ‘BAM – Being a Man’ to support men and boys explore issues arising from narrow definitions of masculine identity. She has won numerous awards for this work, including the Veuve Clicquot Women and Business Award for Social Commitment.

In theatre, Jude has directed over a hundred productions in the UK and internationally. She has also been founder artistic director of a number of institutions and led the cultural bid for the UK’s Olympic and Paralympic celebrations. She’s the recipient of 17 honorary doctorates for her work in the field of cultural access, and received an OBE and a CBE for services to the Arts.

She is currently Artistic Director of Southbank Centre, but leaves this summer to take the global work of WOW and its related programmes to all corners of the globe.Previously, she was artistic director of the Southbank Centre in London. She has also represented Britain within UNESCO and served on the Cultural Olympiad Board.