Dr. Gail O. Mellow is the inaugural Executive Director of the non-profit NY Jobs CEO Council, an organization that seeks to strengthen the City by bringing business, education & the local community together to equip under-served New Yorkers for the jobs of tomorrow. 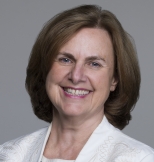 The Jobs Council was launched in August, 2020, with twenty-seven leading companies. Its goal is to hire 100,000 low-income New Yorkers, with a particular focus on Black, LatinX and Asian communities, with 25,000 coming from the City University of NY (CUNY).

Under her tenure, LaGuardia became a catalyst for economic development, providing hands‐on education and specialized technical assistance to thousands of employers that have secured them over $500 million dollars in contracts. Under her leadership, a partnership between LaGuardia and Goldman Sachs was formed to launch 10,000 Small Businesses in New York, an initiative to help entrepreneurs grow. She is a graduate of Jamestown Community College and the State University of New York at Albany, and holds a PhD in social psychology from George Washington University.