Professor Carl Gombrich is the Academic Lead and founder member of a new university at the London Interdisciplinary School. 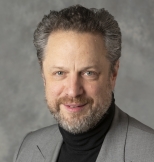 He was formerly professorial teaching fellow in interdisciplinary education at University College London (UCL), where he led the design and implementation of the UK’s first Bachelor in Arts and Sciences (BASc) degree.

Carl is a regular keynote speaker in his areas of professional interest which include interdisciplinary undergraduate education, the philosophy of expertise and the future of work.

He was a member of the British Academy Working group on interdisciplinarity, a core panel member of the NVAO (Accreditation Organisation of Netherland and Flanders) and is an external examiner and scrutineer to several institutions in the space of interdisciplinary and liberal education. He has degrees in maths, physics and philosophy, was previously a professional opera singer, and has a wide range of interests in arts and science disciplines.