Brian is the Chief Workforce Innovation & Operations Officer at Weber Shandwick, a leading global communications network that delivers next-generation solutions to brands, businesses and organizations in major markets around the world. He focuses on shaping the future of the company's global workforce and workplace. 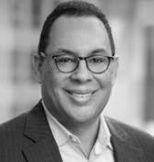 Before coming to MediaLink, Brian was Chief Operating Officer of Combs Enterprises, where he oversaw the business activities across the companies and investments built and cultivated by Sean “Diddy” Combs (including Bad Boy Records, Revolt Media & TV, Sean John, Ciroc Vodka, Deleon Tequila and the Blue Flame Agency).

Prior to that, Brian was SVP of Operations for Viacom’s Nickelodeon Group (working across Nickelodeon, NickJr., TeenNick, NickToons, NickMom and Nick@Nite). Previously, in his tenure at Viacom, he served as SVP, Entertainment Products and SVP, Paramount Properties for Nickelodeon Consumer Products.

Prior to joining Viacom, Brian served as Chief Operating Officer of Lorne Michaels’ Broadway Video Entertainment, overseeing day-to-day internal operations of the organization. He was directly responsible for the company’s post-production business, with clients including MTV Networks, CBS Sports and Showtime, and helped spearhead growth in the international program sales and merchandising of the company’s intellectual property, including Saturday Night Live.

Earlier in his career, Brian was President/COO of Interdimensions, a New York- and Boston-based interactive solutions company, a Director in the New York office of Spencer Stuart, a leading international executive search firm, and SVP of Golden Books Entertainment Group, the licensing and program sales arm of Golden Books Family Entertainment. Brian also served in corporate development roles at The New York Times Company and at IMG, the world’s leading sports and event management agency, where he played a key role in integrating and developing IMG Publishing, the company’s literary agency. He started his career as an investment banking analyst at JP Morgan.

Brian received a master’s degree in business administration and a bachelor’s degree in history from Harvard. He previously served as President of the Board of Directors for The LGBT Community Center of New York City, and as a Board member for the Visiting Nurse Service of New York.